The Dream Of The Century - By Mavis

One toasting hot day in the golden bay of Fiji, where the wonders of dreams come true and take a person on a peaceful journey, people would  start to sleep. These dreams were created in the mind of the poor people.,because that was all they could afford.
Lying lifelessly on the beach was an old man.This old man believed in the myth of dreams coming true, all he had dreamed of all those years was the power to fly.  His mind travelled to the peak of the highest cliff in Fiji. His short wrinkly legs had drifted across across the bumpy rocky cliff.
John  launched himself off the cliff and soared through the sky like a cannonball.  His parachute soon became a blanket for a branch of a ruffled tree,beneath the lowest cloud.  He screamed for help scanning the chocolate brown floor for anyone.  He panicked with fear at the thought that he would never escape. He screeched for help one last time,his hope sinking like the orange sun before his old eyes. His eyes slowly slipped closed with exhaustion.
John woke to a start hearing a crunching sound from the pitch, black forest floor.”Hello?”John called out desperately. “Anybody out there?”He repeated.
“Yes,it’s me Ridvan,but who are you?”She asked shivering “It’s John Smith. “ He replied. A shining torch beamed at the tree he was suspended on. “Ohh, you’re stuck in a tree. I never saw you there!” Ridvan laughed.
John Smith called out “Yes,I am. Now can you get me down or at least tell my wife Azamat.”  He looked down and saw Ridvan sprinting across the muddy floor, she shouted “I’m going to get your wife!”John’s eyes shimmered with hope one more time.
“John, it’s me, Azamat.I came with the fire department. They're going to extend a ladder for you to climb down,you got that?” She explained curiously, “Yup”cackled John.The firemen yanked the ladder off the top of the truck and the lengthened it until it reached the tip of Johns toes.  John unhooked the  parachute from the branch and slowly climbed down.  He held his arm open for Azamat to run and hug him. That is exactly what she did.
Ridvan stood there with tears trickling down her face at the sight of her neighbors safety.
John started to stir as water from the waves slithered up and down his legs.  John stood up and casually walked off the beach.
Posted by Miss Kyla at 12:42 PM

Poor John couldn't fly could he? This is a very descriptive story Mavis. I liked the creative, powerful words you used to describe John's dream. It was kind of sad in the end...but I guess we all wake up from our dreams don't we!
Keep up the wonderful descriptive writing!:-)

Click here to get the most up to date news from around Tamaki Primary! 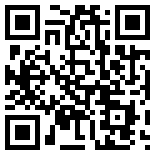